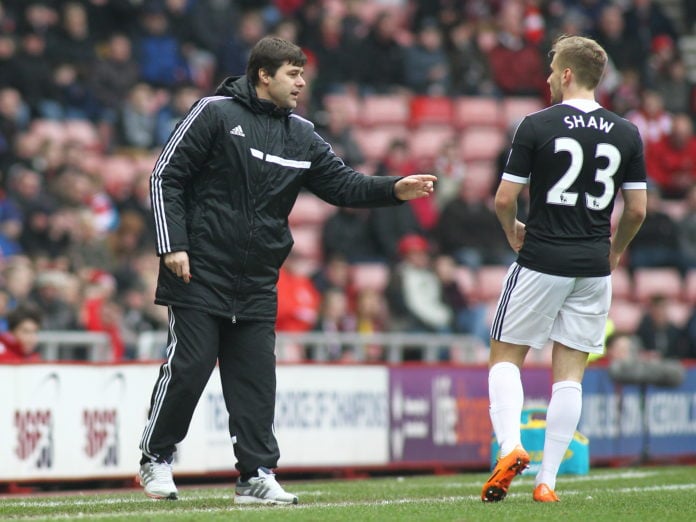 Tottenham Hotspur manager Mauricio Pochettino has sensationally claimed that Luke Shaw did not have the right mentality to succeed at the highest level during their time together at Southampton.

Pochettino and Shaw were known to have struck up a good relationship during their time together at St. Mary’s, with the Argentine known for his ability to bring through young players and Shaw being the standout academy graduate at the club.

But Pochettino’s latest claims would suggest that he did not rate Shaw as highly as many believed.

Speaking in his upcoming book, as quoted in the Metro, Pochettino said: ‘I felt his head was not in the right place [at Southampton] to make the sacrifices and decisions that are necessary at that age.’

These comments would seem to echo the opinions of Shaw’s current manager, Jose Mourinho, who has been vocal in his criticism of the young Englishman’s dedication and professionalism.

They also come in the midst of a report suggesting that Shaw and Pochettino are both keen on a reunion at Spurs, and would therefore seem to put any move to Spurs in doubt.

Shaw has only made two first team appearances this season, both coming in the EFL Cup, and has had to make do with minutes for United’s U23s as he looks to force his way back into contention and revive his career that once looked so promising.

In other Tottenham Hotspur news, Pochettino has revealed the interesting new methods he uses to keep tabs on his young players.