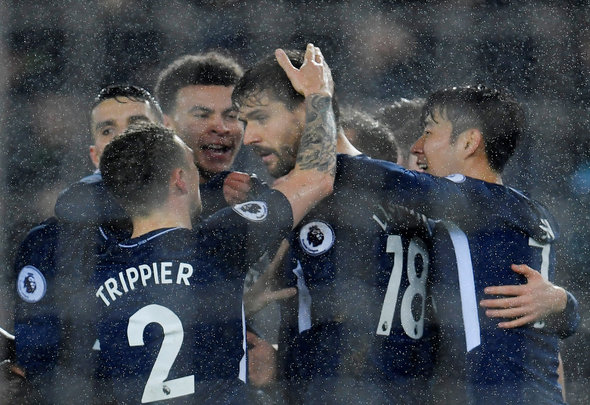 Tottenham Hotspur boss Mauricio Pochettino has revealled today that he has no intention of letting Fernando Llorente leave the club during this transfer window.
Speaking in a press conference, as quoted by a reliable journalist, the Argentian born manager has claimed that Llorente is part of his plans in London,
“He’s a player that’s in our squad, and he’s in our plans,” Pochettino stated when asked if the former World Cup winner could leave.
It has been reported that Spurs’ north London rivals Chelsea were interested in the 32-year-old, but Pochettino has dismissed this as paper talk,
“That is another rumour. Fernando is our player and I don’t know anything about that.”
Llorente has been a valuable number two to Harry Kane since joining Spurs for £14million in the summer, creating chances with his hold up play, and scoring two himself.
Although the Spaniard is nearing the end of his career, it is clear that he is in Spurs immediate plans, as Pochettino needs the depth in squad to maintain fitness levels.
Pochettino still has to field teams in the Premier League, FA Cup and the Champions League, so Llorente won’t be going anywhere soon.
In other Totenham transfer news, one Spurs youngster is heading to this League One outfit on loan.