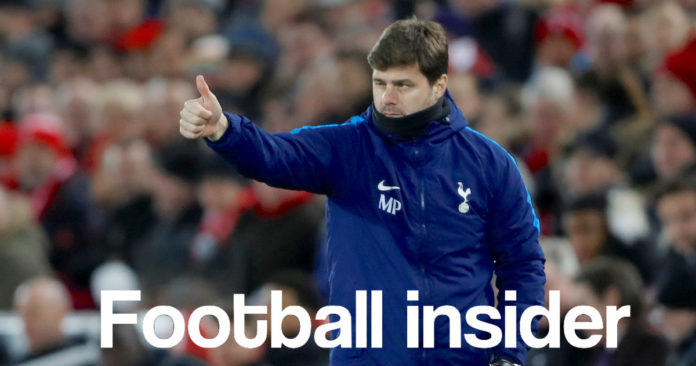 Mauricio Pochettino is set to give the green light for Tottenham to sell Toby Alderweireld and Danny Rose this summer, according to a report.

The Telegraph claim that the Spurs manager is ready to allow chairman Daniel Levy to negotiate the exits of the defensive pair even though they have been integral to the team’s improvement in recent years.

It is said that Levy will only sell players if allowed by Pochettino and it is now “expected” that the Argentine “will give the green light to Alderweireld’s exit if the right offer comes in and he could also allow left-back Danny Rose to leave”.

The Telegraph report that Paris Saint-Germain have joined the race to sign Alderweireld, who is also attracting strong interest from Barcelona and Manchester United.

The Belgium international is locked in a contract stalemate with the club and has played just two FA Cup matches since tearing his hamstring at the start of November.

Rose has been strongly linked with a move to Man United after publicly criticising Spurs’ transfer policy last summer.

Selling Alderweireld and Rose would raise bundles of cash – not far off £100million – but it would send out a terrible message about Tottenham’s ambition and could mean the wheels would start to come off following the team’s stunning transformation under Pochettino. There is no better centre-back in the Premier League than Alderweireld – only Virgil van Dijk is on a par – and Rose has no peers among attacking left-backs. Both have struggled due to injury this season, and missed big chunks of it, but if Alderweireld had played both legs of the Juventus tie, it is difficult to imagine the defence getting outsmarted so easily. The Belgian is the more important of the pair, but it will spell danger if Pochettino gives the green light to both their departures.