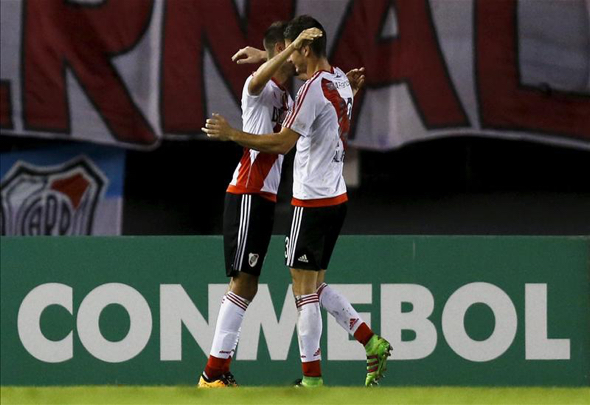 Tottenham are keeping tabs on Lyon defender Emanuel Mammana, according to a report.

The Sun claim that Mammana, 20, is being monitored by the north London outfit after making an impressive start to life in France.

The youngster joined the Ligue 1 club from River Plate in the summer and has already caught the attention of Spurs boss Mauricio Pochettino.

The report says that Mammana currently has a buy-out clause of £9million after penning a three-year deal upon his arrival in France.

It is reported that the Argentinian defender has also attracted attention from a number of other clubs in Spain and Italy, who have scouts keeping tabs on the rising star.

Mammana has played just 37 matches in his career so far, scoring two goals. He has one senior Argentina cap, but hasn’t figured for his national side for two years. He has earned 10 caps for the Under-20s since his senior debut.

The club’s back four of Kyle Walker, Jan Vertonghen, Toby Alderweireld and Danny Rose formed a brilliant defensive unit last term and have carried their good form into this season.

Pochettino’s side have conceded just three goals in seven matches in their 2016/17 domestic campaign and currently sit second in England’s top-flight.

In other Tottenham transfer news, pundit Shaka Hislop has insisted that he is not yet convinced by new Spurs striker signing Vincent Janssen.