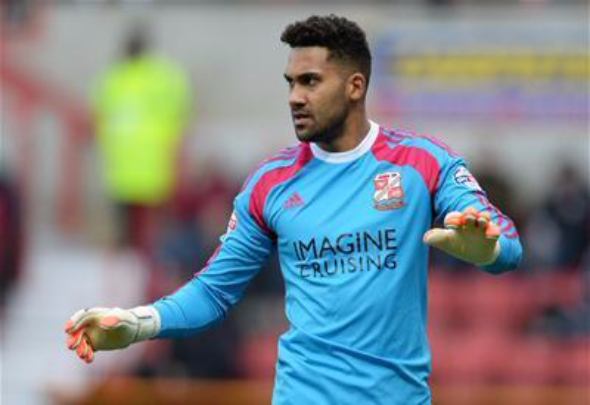 Wes Foderingham has dropped a big Twitter hint that he will snub transfer interest to stay at Rangers for the long haul – and fans have expressed their delight.

The Ibrox goalkeeper, 26, claimed on his personal Twitter account at the weekend that he is aiming to make 200 appearances for the Light Blues after reaching the 100-game milestone in Saturday’s 4-1 win against Dundee.

His public declaration comes just weeks after Football Insider exclusively revealed that Nottingham Forest had submitted a formal bid for the keeper as Mark Warburton pursued a reunion.

The Englishman posted a picture of himself on his personal Twitter account with ‘100’ displayed across his shirt alongside his message which said that he was “honoured” to have reached the milestone at the club already.

The Ibrox faithful are delighted at the public declaration of commitment from someone who has become a key member of the team since his free transfer arrival from Swindon in the summer of 2015.

Massively underrated. Phenomenal keeper and hope you are here for the long haul. Potential to be a legend mate ????????⚽️

You are a class keeper and still improving Wes. You are taking your place in a long line of class Rangers keepers.

Foderingham signed a new contract at the Glaswegian club last summer which will see his deal expire in 2019.

During his 100 appearances, the Englishman has kept a total of 40 clean sheets and has produced the best form of his career.

In other Rangers news, Barry Ferguson has named the missing piece to Pedro Caixinha’s squad puzzle.