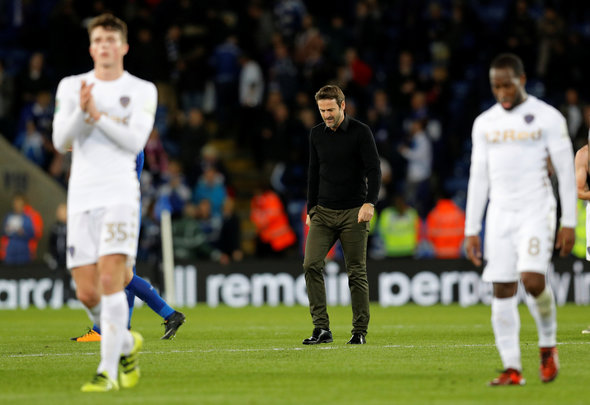 The Whites were beaten 2-1 by Derby County at Elland Road last night, thanks to two late goals from Sam Winnall.

The result leaves Thomas Christiansen’s side in sixth place in the Championship table, but they will drop out of the play-off positions later tonight with rivals Preston North End and Aston Villa facing off at Deepdale.

The pundit raised his concerns over Leeds’ failure to grind out results and the lack of leaders in the side.

After such an encouraging start to the season Leeds fans have endured a frustrating past few weeks.

The Whites were unbeaten in their first seven Championship games, winning five of them, but they have only managed two victories since mid-September.

Their performances and results since then have been extremely disappointing, with the club losing five of their last six league matches.

Their recent home form is particularly concerning, with them losing their last three games at Elland Road. They also have a habit of conceding late goals so far this season.

Leeds will be hoping to return to winning ways when they face Brentford in the Championship at Griffin Park on Saturday.

In other Leeds United news, these fans have also taken to Twitter to express their frustrations following the club’s latest defeat.