Michael Brown has suggested Carlo Ancelotti could axe one of several Everton players to bring Mason Holgate back into the starting XI.

The former Tottenham and Leeds midfielder, speaking exclusively to Football Insider assistant editor Russell Edge, has claimed that the defence is the “one area” that is not set in stone under Carlo Ancelotti this season.

As confirmed by Ancelotti at his pre-match press conference, Holgate has returned to full training and is back in contention for the first time this season.

The versatile centre-back has been out of action since he picked up a toe injury in a pre-season friendly against Preston North End.

Brown has suggested that Holgate’s ability to play as both a right-back and a defensive midfielder could see him replace a number of players in the Toffees’ starting XI.

Brown told Football Insider: “Has he not even dropped in as a holding midfielder as well? You look and say he can play all across that way.

“They just need to get some sort of settled system at the back, don’t they? That seems to be the one area, and Iwobi – the rest seem set in stone, other than the suspensions and at right back.” 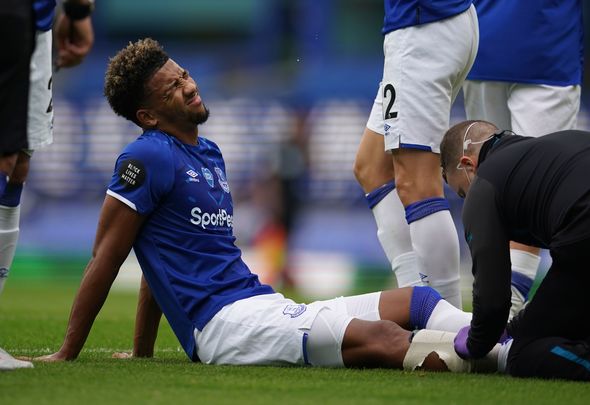 Holgate has played 80 times for Everton since his move as a youngster from Barnsley and finished last season as one of Ancelotti’s first-choice centre-backs.

Michael Keane and Yerry Mina have been mainstays at the heart of the defence this season, while Jonjoe Kenny, Seamus Coleman and Ben Godfrey have all played at right-back.

In other Everton news, Frank McAvennie has been left shocked by the **** senior star is taking.