Smith-Rowe scored an extra-time winner on Saturday as Mikel Arteta’s side booked their place in the fourth round of the FA Cup with a 2-0 win over Newcastle.

His eight senior appearances this season have yielded two goals and four assists, with his teammates comparing him Premier League Player of the Year Kevin De Bruyne.

Campbell believes the sky is the limit for the England Under-20 international.

“There is no ceiling for Smith Rowe,” he told Football Insider.

“He is so young, so intelligent and has such a great work rate on the football pitch.

“He is performing and making the difference in an Arsenal side with a lot of experienced, international players. Smith Rowe, Saka and Tierney are outdoing the experienced players.

“Smith Rowe has been sensational since he has been in the team. You can see why he has been compared to Kevin De Bruyne. It is his footballing brain that is so good and so clever. 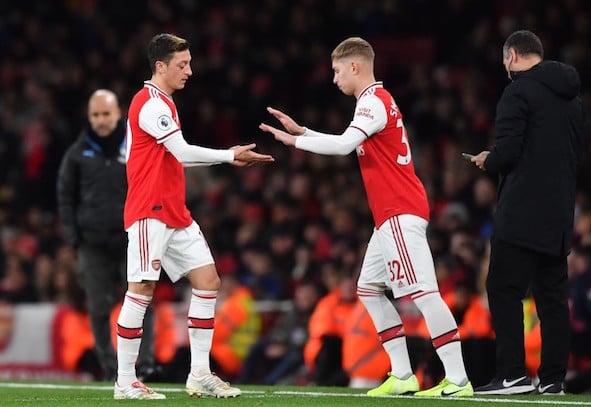 “If Smith Rowe can keep building up his confidence, who is to say he is not the next Emile Smith Rowe, rather than Kevin De Bruyne.

“We want him to be a top, top player at Arsenal. The key now is consistency.”

In other news, a big update on Eddie Nketiah’s future is revealed as Mikel Arteta looks to revamp his squad this month.