The Parkhead legend, speaking exclusively to Football Insider, expects the 35-year-old to be replaced by Ismaila Soro for the fixture despite “running the show” in the Scottish Cup Final on Sunday.

The Hoops captain was given the nod ahead of Soro last weekend as the club sealed an historic quadruple treble with a penalty shootout victory over Hearts at Hampden Park. 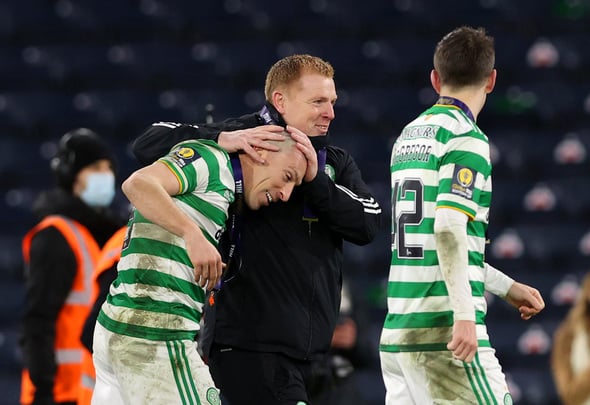 Lennon revealed yesterday that Brown is a “major doubt” for tonight’s game against Ross County along with summer loan signing Shane Duffy.

McAvennie is adamant that the centre-midfielder would have been dropped regardless of the injury.

“I thought he would come back in for the Cup Final but I am sure Soro will come back in tonight. You will see him start because I do not think Scott can start Sunday-Wednesday.

“I think Soro and Turnbull will be in the middle.

“They are going to be pushing for the midfield spots now which is a good thing.”

Speaking ahead of tonight’s Scottish Premiership fixture, Lennon said: “Brown’s a major doubt and Duffy‘s a bit of a doubt. Not long term, they should be ok for Boxing Day.

“We will look to freshen things up again because mentally and physically it’d taken a lot out of them on Sunday.”

In other news, it can be REVEALED that Celtic have landed a £3.7million windfall ahead of the January transfer window.