The former Leeds striker, speaking exclusively to Football Insider assistant editor Russell Edge, has admitted he thinks the Spanish attacker must start on Saturday and that it “unfortunately” means the Macedonia international is likely to be dropped.

Alioski, 28, started at left-back in the 0-0 draw against Arsenal and was at the heart of the drama as he was headbutted by Nicolas Pepe in the second half.

Rodrigo meanwhile came off the bench for the final 20 minutes but, despite some impressive interplay, was unable to break the deadlock.

However, Whelan has urged Bielsa to hand the 29-year-old his fourth Premier League start against the Toffees and suggested it would be Alioski who makes way.

Asked if he thought the Spaniard would be back among the starting XI on Saturday, Whelan told Football Insider: “He’s got to start tomorrow, he really has.

“I think we’ve seen it happen before, Alioski has a very good game but Dallas will go to left-back, Rodrigo going to Stuart Dallas’ position and Klich will drop back again.

“Unfortunately, I fear that’s the one but I do also realise that’s the right choice to make as well and I think Alioski’s shown his professionalism and his great attitude when that’s happened before. 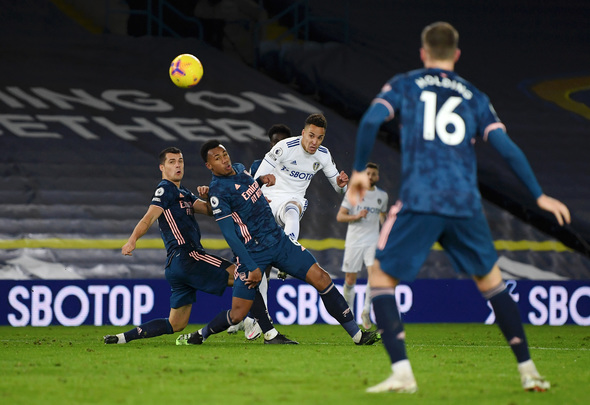 “He is a team player, you’re going to need a whole squad throughout the whole season but, if you’re going to go to Goodison and look for a win, you’ve got to play your star players and Rodrigo looked absolutely brilliant when he came on against Arsenal.”

Rodrigo’s one goal for Leeds came after he featured as a substitute in the 1-1 draw with Manchester City.

In other Leeds United news, Whelan in ‘no doubt’ 18-year-old in line for imminent first-XI promotion.