Liverpool need at least one defender lined up to come in at midnight 1 January, according to Paul Robinson.

The 41-times England international, speaking exclusively to Football Insider correspondent Dylan Childs, insists the Reds must sign a defender in January even if they are forced to pay an escalated price.

Jurgen Klopp’s side have been rocked by long-term injuries to Virgil van Dijk and Joe Gomez over the past month to leave Joel Matip as the club’s only recognised fit centre-half.

However, The Athletic‘s David Ornstein claimed on Sunday that the Reds have “no intention” of entering the winter market in search of defensive reinforcements.

Robinson is baffled by the report and claimed it is “priority” they sign a centre-back in January.

“I cannot see how Liverpool could not sign a defender in January,” he told Football Insider.

“It has to be their first priority. On the 1 January they have to have a deal lined up ready to go.

“They are going to be without Joe Gomez for the majority of the season, Virgil van Dijk for the whole season, Trent is injured at the moment, they cannot rely on the fitness of Fabinho – they have to sign a defender.

“It has to be the priority. It cannot be at the end of the January. They cannot be umming and ahing.

“Liverpool have to have at least one defender lined up to come in on midnight 1 January. 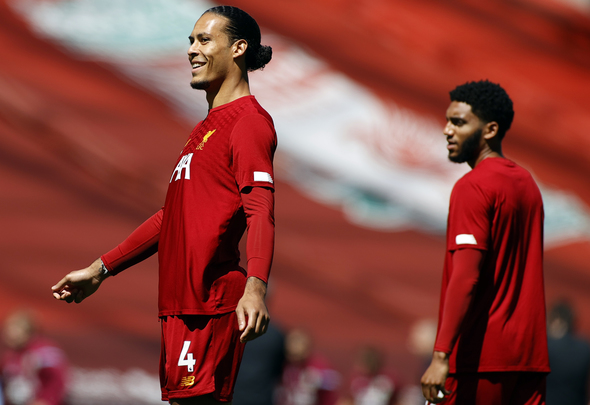 “As soon as they come knocking for a defender though the price is going to escalate. It is only natural because people know they need a centre-half and they do have money.

“It is unfortunate for Liverpool but the price will inflate. You only have to look at how much Manchester City paid for Nathan Ake.”

In other Liverpool news, big Alaba update can be REVEALED as his transfer plans are revealed pre-January.