The former Irons and Celtic striker, speaking exclusively to Football Insider correspondent Dylan Childs, claimed that the 26-year-old is “liable to make mistakes” and will be targeted by the Hammers.

Pickford has been criticised in recent weeks following a number of high profile errors, two of which came in Everton’s 5-2 victory at Fleetwood Town in the last round of the EFL Cup.

The Hammers travel to Goodison Park off the back of a 4-0 thrashing of Wolves on Sunday and will be confident of scoring against a Carlo Ancelotti side that have shipped five goals in their last three appearances in all competitions.

McAvennie insisted that he would make his physical presence known to Pickford early on if he was Michail Antonio.

“Jordan Pickford is an area that West Ham will try to exploit,” he told Football Insider.

“David Moyes will be saying take plenty of shots. They need to make sure they follow everything in against Everton, even pass backs because he is not very good at controlling it. 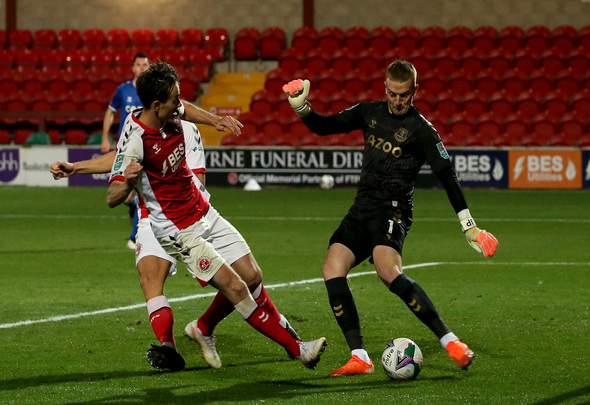 “I would be right on him and hunting him down because, although he is a very good goalkeeper, he is liable to make mistakes. He switches off sometimes which is not what England want for a number one goalkeeper.

“If I was Antonio I would be standing on his toes and everything. I would be up close and personal with him.”

In other news, it can be REVEALED that West Ham are closing in on centre-back signing after massive new bid.