Frank McAvennie claims that the majority of West Ham fans want new ownership amid reports an American consortium is to step up their interest in a potential takeover.

The Irons legend, speaking exclusively to Football Insider correspondent Dylan Childs, said that he has “never seen it so bitter” at the club and suggested that owners David Sullivan and David Gold were “losing touch with reality”.

The Guardian reported earlier this week that an American consortium proposing a takeover of West Ham is preparing an improved offer for the club after their opening bid of £350m was rejected last month. 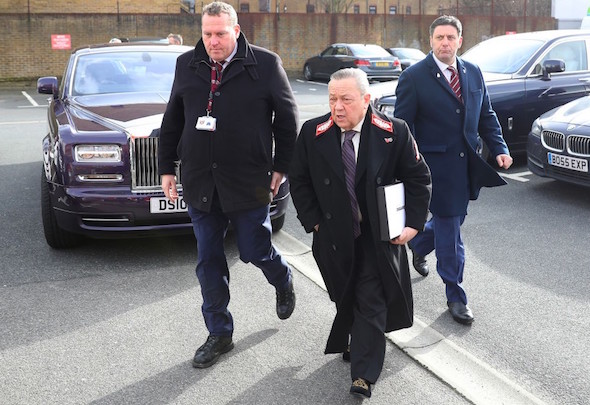 Sullivan and Gold, who bought the Hammers in 2010, chose to leave Upton Park and move to the London Stadium in 2016 – a controversial decision which still has large sections of supporters angered.

When asked by Football Insider if he would welcome new ownership at the London Stadium, McAvennie said:

“I do not get it. They do not speak to the fans and you have got to be honest. They have got to keep in touch with the fans.”

Football Insider understands that Chelsea are set to make a mammoth player-plus-cash offer for Declan Rice that may include England international Ross Barkley.

Darren Bent warned the club against selling the midfielder, “If they do sell him, the uproar from the supporters for selling him would be crazy. It would be catastrophic.”