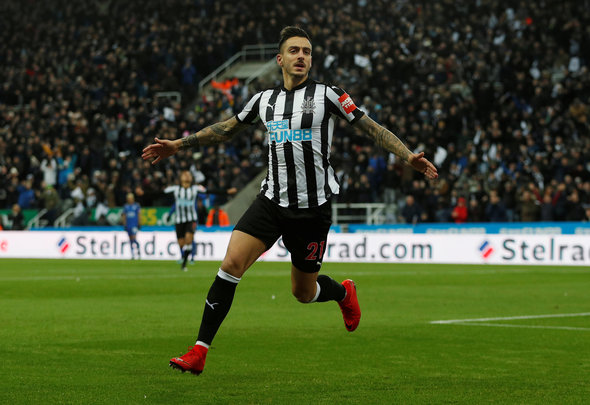 After Newcastle United suffered a disappointing defeat to Watford on Saturday, there need to be changes made ahead of the clash against Tottenham in mid-week.

The Magpies’ end of season run has stepped up a gear but after three successive defeats – to Everton, West Brom and Watford – they need to pick themselves up if they want to secure a top ten finish come the end of the season.

Rafael Benitez had chosen to make a number of changes against the Hornets, having promised to do so once their top flight safety was secured, and it seems as though with just a three day gap between games, more switches are set to be made against Spurs.

With that in mind, he must bring DeAndre Yedlin, Matt Ritchie, Mikel Merino and Joselu into the starting XI, with Javier Manquillo, Jacob Murphy, Jonjo Shelvey and Dwight Gayle those to be axed from the defeat against Watford.

While Yedlin and Ritchie have been regulars in the starting XI over recent weeks, and handed a break against the Hornets, powerhouse duo Merino and Joselu, who stand at 6’1″ and 6’3″ respectively, have both been left on the fringes of the first team.

The Spanish midfielder has suffered with injuries but with Shelvey’s influence dropping off in the last three games, it is time for him to return and try to return to get back to his best, while Joselu would offer a physical presence up front which was desperately lacking in recent weeks.

In other Newcastle United transfer news, one man has failed to rule out an exit from the club this summer.