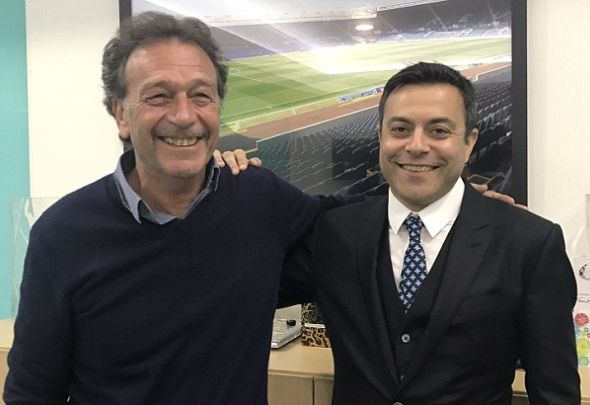 With a week to go and transfer time running out, now is the time for the new Leeds ownership to dig deep and provide Garry Monk with the weapons to steer the club back to the big time.

Monk has made it clear he wants an arsenal of attacking reinforcements and the club must make sure he goes into battle for the Championship run-in as well equipped as possible.

Fourth in the league and on the crest of a wave, it is essential that the momentum is not allowed to be halted by transfer indecision or boardroom stinginess.

The A1 priority is the capture of a forward who can provide cover for main man Chris Wood and, at the same time, ease some of the goalscoring burden on his broad shoulders.

The 25-year-old is in the form of his life and scoring for fun at the moment.

Wood’s haul of 19 goals from 30 matches this season, including 16 from 26 league encounters and five in his last three, makes him one of the Championship’s most reliable front men.

It also provides an emphatic answer to those critics – many of them Leeds fans – who dismissed him as a plodding spearhead during a slow start to the campaign.

He is on fire, no doubt about that. But strikers don’t stay hot forever. Eventually the goals dry up. And Leeds need a plan B when Wood stops banging them in.

Souleymane Doukara has revived his Leeds career over the last two months and has the capabilities of bullying Championship defender but he is more effective out wide with the ball at his feet than playing with his back to goal.

Marcus Antonsson has tidy feet but has showed little sign he can consistently trouble second-tier defences.

It is clear that the Leeds team need reinforcements. Garry Monk has worked wonders with a squad that few expected to challenge so strongly for promotion.

But the forward area is particularly weak and Leeds’s strategy needs to extend beyond wrapping main Wood in cotton wool outside of match days and simply hoping he doesn’t break down.

Step forward new co-owner Andrea Radrizzani, who must show in the next seven days he can make a difference to a board that has become renowned for its penny pinching in recent times.

If West Ham’s Ashley Fletcher is the player Monk and his staff believe can fire the goals when Wood inevitably goes cold, then Radrizzani and his erratic sidekick Massimo Cellino must provide them with the funds to ensure the deal gets done.

Money talks and the new ownership must speak up.

The word from Monk earlier on Tuesday was that the cavalry could be arriving “very soon”. If that is the case, all well and good.

It would be a dereliction of duty if Radrizzani and Cellino do not fund the pivotal signing of a new forward. The club’s hopes of ending their 13-year spell in the doldrums could depend upon it.