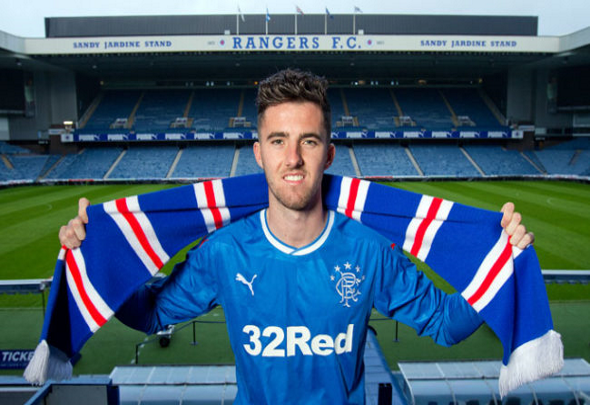 Rangers supporters have been rapturous in their praise for Sean Goss after his performance in the 6-1 victory over Ayr United.
The on-loan midfielder, who joined the Gers from QPR last month, was at the heart of a display which saw the Light Blues recover from going a goal down to emphatically book their place in the quarter-final of the Scottish Cup.
Some fans are so impressed with the 22-year-old that they hope that the Gers are able to make the transfer a permanent one in the summer.
Here are some of the best reactions from Twitter to Goss’ display against Ayr:

Early days but if I was on @RangersFC board I'd be on the phone to qpr now asking them to name their price for Goss. Lads passing is superb n strolls through games.

Also how good was sean goss today ran the game

The partnership didn't set us alight but everyone played well. On another note Sean Goss is some talent.

Solid performance from Rangers. Thought Goss was excellent while John and Murphy were terrific down the left. Glad the latter finally got a goal, he could've had 5 so far.

Sean Goss. His distribution today was top class. Brilliant second half team display. Both wingers and full backs were amazing as well. Enjoyed seeing the team still pushing for goals when they were already out of sight

Graeme Murty’s side recovered from going a goal behind to comfortably defeat Ayr, with Alfredo Morelos and Josh Windass each helping themselves to two goals with Jason Cummings and Jamie Murphy completing the scoring.
The only disappointing aspect of the game was the performance of Gers goalkeeper Wes Foderingham, who was at fault for the Ayr goal and generally looked unconvincing throughout the game.
Jak Alnwick has been the Light Blues goalkeeper in most of the other cup ties this season, and it seems certain that he will return to the starting line-up for the quarter-final when the tie takes place in March.
In other Rangers news, ‘Absolutely woeful’ – Rangers fans react to 27-yr-old’s performance v Ayr United
Don’t miss out on breaking and exclusive Rangers news by clicking here for our brilliant 24/7 updates on Facebook, Instagram and YouTube.