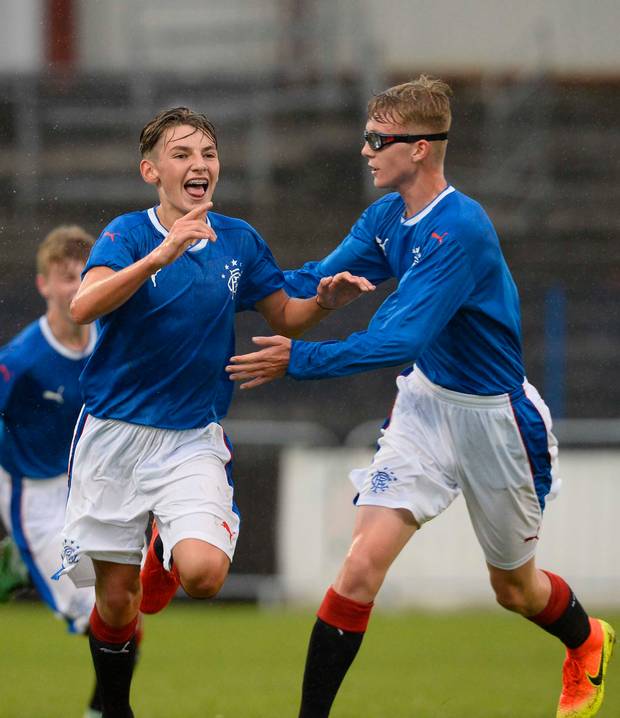 Rangers starlet Billy Gilmour is wanted by a number of Premier League clubs including Arsenal, Manchester City and Chelsea, according to a report.

The Mirror claim Manchester United are also interested in signing the 15-year-old academy star who has attracted huge attention in England.

Gilmour is being regarded as one of Scotland’s most promising young talents in the last two decades according to the report and the Premier League’s biggest clubs are keen not to miss out.

They hope to add Gilmour to their collection after their junior sides both contested the FA Youth Cup final for the last two consecutive seasons.

United have lost their reputation as the country’s leading club for youth talent and, according to the report, they are keen to make a statement by bringing Gilmour into the ranks.

According to The Mirror, Arsenal and Man United are currently leading the race.

The report also says the 15-year-old is already being talked about as a player who could cost as much as £3million – an incredible amount of money to be talked about for a player his age.

Gilmour is believed to be comfortable playing at Rangers though and his family are keen for him to stay at the Ibrox.

In other Rangers transfer news, Gilmour has been talked about in the same category as this Celtic wonderkid.