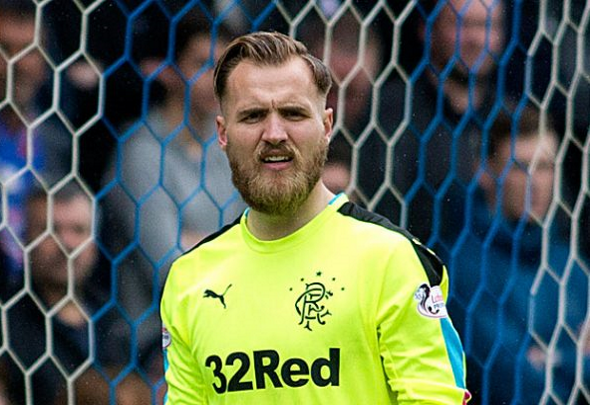 Rangers goalkeeper Jak Alnwick is set to stay at Ibrox, according to a report, after Shrewsbury were priced out of a bid for the shot-stopper.

The Scottish Sun claim that the League One side wanted to bring the 24-year-old to the New Meadow but Alnwick’s wages and transfer fee was too much for the defeated play-off finalists.

Alnwick has failed to hold down a regular place at Ibrox since moving to Glasgow in 2017 and will find himself further down the pecking order following the arrival of Allan McGregor.

A move for Alnwick would be best and despite pricing Shrewsbury out of a move, letting Alnwick go would make sense. The 24-year-old is rarely going to be involved in the first-team and the chance to go somewhere else and get regular games will surely appeal. Shrewsbury would be a fantastic place for Alnwick to go and are a club who are on the up and will be looking to build on last season’s play-off final defeat by Rotherham. It’s unlikely the Gers are going to get any sizeable fee for Alnwick so trying to negotiate a deal with interested clubs makes much more sense than keeping a hold of him for the sake of a relatively-small amount. Allan McGregor and Wes Foderingham are going to be first- and second-choice for Steven Gerrard and with Robby McCrorie coming through the club’s Academy there’s little room for the former Port Vale keeper. Alnwick himself might decide he wants to move on and make the Gers aware of that – and in turn make them a bit easier to deal with.