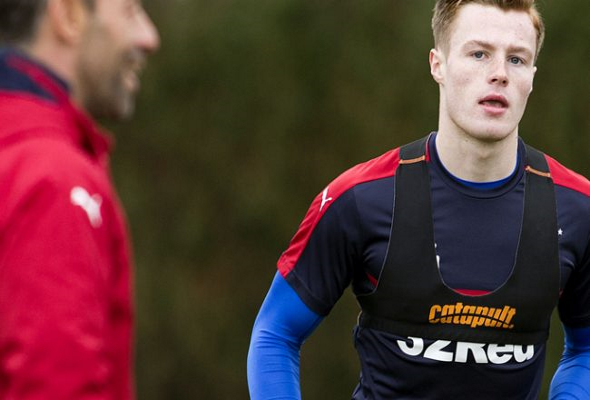 Rangers have confirmed that Scotland Under-19 international Aidan Wilson has agreed terms to extend his contract at Ibrox by an extra year.

The Scottish Premiership side announced via their official website on Tuesday that Wilson had penned a new deal which sees his stay in Glasgow lengthened to the summer of 2020.

The 18-year-old made his debut for the Gers last season against Aberdeen after a stand-out season for Graeme Murty’s Under-20’s.

Wilson’s existing deal was due to expire in 2019 but after becoming a regular member of the Light Blues’ first-team squad, he was rewarded with a new contract and the youngster has now revealed it wasn’t something he could turn down.

“I obviously played a couple of games last season and the club want to try and keep me for a longer period of time which I was more than happy with,” Wilson told RangersTV, as quoted by the club’s official website.

“I am happy to be playing at the club even longer.

“When Rangers come to you and offer you another year not many players would turn that down. I am really looking forward to my future at the club and I just have to keep working hard.

Wilson is one of a number of promising young players in Murty’s Under-20 squad to have been given their first-team debut’s over the last six months at Rangers.

He, along with Ross McCrorie, Myles Beerman, Jamie Barjonas and Kyle Bradley have all featured in the first-team in recent months.

With Murty currently in charge of the first-team after Pedro Caixinha’s sacking, there might be more opportunities for the Ibrox youngsters to stake a claim for a first-team jersey.

Signing Wilson to extended terms is a no brainer for the Light Blues. Another young defender who looks to have bags of potential and should be the type of player Rangers look to when Alves retires or moves on. Wilson has been really impressive for Murty’s Under-20’s and is highly-regarded by the coaching staff at Auchenhowie. If Wilson can come into the first team and make an impact like McCrorie has then it can only be good for Rangers going forward. He could end up on loan during the second-half of the season as the Light Blues look to further his development.