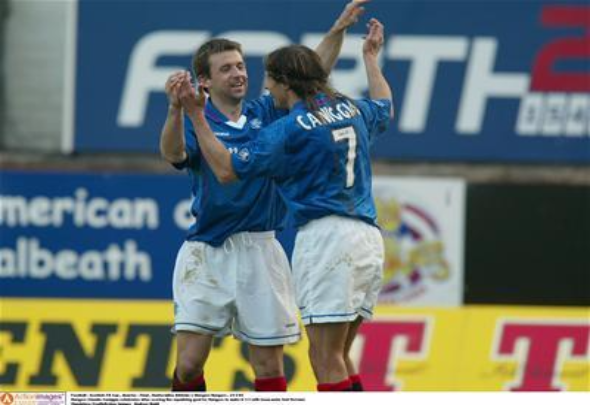 Neil McCann is reportedly to be appointed as the new Dundee manager – and Rangers fans have taken to Twitter to express their surprise.

The Scottish Sun broke the news that Sky Sports pundit and former Rangers midfielder McCann has been handed the reins at the Scottish Premiership relegation strugglers for the remainder of the season.

Other media outlets subsequently reported that McCann will be formally unveiled by Dundee as their interim manager at a media conference at 7pm on Tuesday night.

BREAKING NEWS
Sky sources- Neil McCann to be announced as Dundee FC interim manager until the end of the season. pic.twitter.com/eTBDllzrdA

Rangers supporters were shocked that McCann has been handed such a testing job despite no previous managerial experience.

Nevertheless, they sent their best wishes on social media to the 42-year-old, who has given up the Sky Studio for the dugout.

Best of luck to Neil McCann. Hell of a job to cut your teeth on!

Good luck to the LEGEND Neil McCann at Dundee……apart from when they play HIS BELOVED Glasgow Rangers “He’s blue,he’s white….” ????????????

McCann has never held a managerial position before but he has completed all his coaching badges and was working as the assistant manager at Dunfermline before landing the Sky pundit’s role full-time in 2015.

He will arrive at Dundee with the task of ending the rot and preventing the club slipping into the Scottish Championship.

The club have plummeted to 11th, the relegation play-off place, in the top flight after a run of seven consecutive defeats.

The struggling Scottish Premiership outfit have accumulated just 30 points from 33 league fixtures and are two points adrift of ninth-placed Hamilton and Motherwell in 10th.