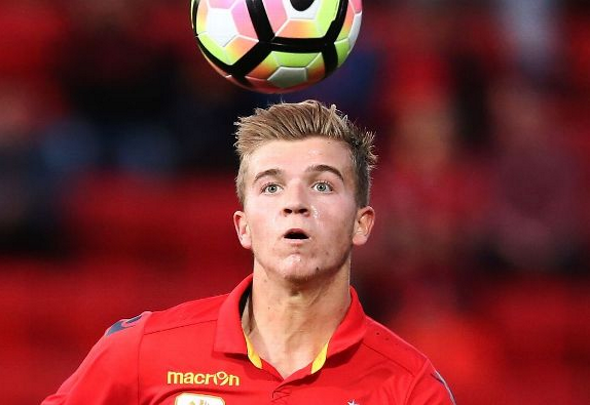 Rangers and Celtic could be set to fight it out for 19-year-old Australian sensation Riley McGree, according to a report.

The Scotsman claims that their sources in Belgium say the Old Firm rivals are both keeping tabs on the midfielder who joined Club Brugge from Adelaide United over the summer.

It is understood that Celtic were keen on signing the Australian teenager before he opted to move to Belgium but have kept tabs on his progress with Brugge by sending scouts to monitor him.

McGree is yet to make his senior international debut for the Socceroos but was called up by manager Ange Postecoglou for Australia’s World Cup double-header against Iraq and United Arab Emirates in March.

Despite only signing the player in the summer, the report states that Brugge could be willing to let the player move on – either on loan or permanently – in January.

McGree is a similar player to Celtic’s current Australian international Tom Rogic in that he likes getting from box to box.

He has also been utilised out wide by Adelaide and his ability to play a number of positions has impressed.

It’s been a while since there’s been a fight between the Old Firm over a player – Scott Allan – and last time it happened Celtic were left with an over-priced dud. If McGree moves to either half of the Glasgow rivals he’s unlikely to come in and make an impact straight away. With Rangers just having overhauled their scouting team, it’ll be interesting to see if this is it reaping rewards for the Ibrox giants already or coincidence. Could add something to both teams though so definitely worth trying to bring him to Scotland.