Club 1872 risk “running to stay still” with their investment in Rangers and their shares may become diluted as the club grows.

That is according to finance expert and Football Insider columnist Kieran Maguire, speaking exclusively after the supporters’ trust purchased an additional £430,000‘s worth of shares in RIFC.

Club 1872 want to raise £2.5million by June and £13m in total as part of the share purchase pre-agreed with former Ibrox chairman Dave King.

Club 1872 has today provided a further £430,000 cash to Rangers in return for 2,150,000 shares – increasing our shareholding in RIFC. We have a target of £2.5m to put into the club by June and need your help to raise those funds for Rangers. Join today.👇🏻https://t.co/tyTxnHgDll

Club 1872 are now the sixth-largest shareholder in Rangers after striking the deal with King in December 2020.

But Maguire explained that Club 1872’s stakeholding could be diluted if the club continues to increase the total number of shares available.

He told Football Insider correspondent Adam Williams: “We have seen some of the existing shareholders convert debt into shares.

“In an ideal world, Rangers will become self-sufficient financially, especially with European competition.

“But if the debt is being converted into shares, you’re running to stay still if you’re Club 1872 because if you want to maintain your 25 per cent stake then you end up having to go and buy more shares.

“What they have done is very impressive. The challenges ahead of them are going to be demanding. But this is a good step forward and it is cash for the club.” 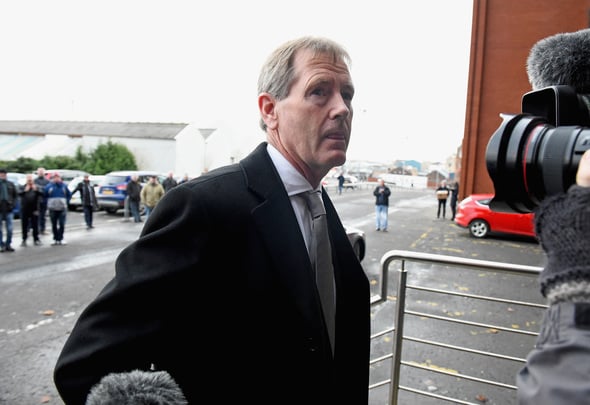 Club 1872 was founded in 2016 as a coalition between the Rangers Supporters Trust and Rangers First.

Perron Investments also bought a 4.16 per cent stake in Rangers earlier this week.

In other news, Rangers face fresh hurdles to win title in 2021-22 after Gerrard confession.