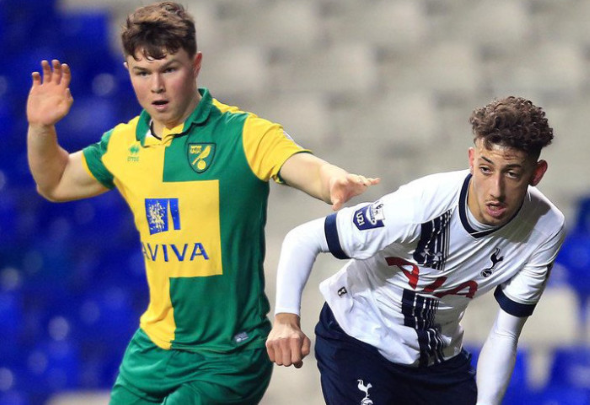 The 18-year-old has worked with Gers boss Graeme Murty before with Murty having coached Middleton in Norwich’s Under-18 squad before heading north to join the Light Blues in 2016.
Middleton never made a first-team appearance for the Canaries during his time at Carrow Road but was an unused substitute last season for an FA Cup third round replay with Southampton.
The wiger has represented Scotland and Under-19 level and was in contention for the Scotland Goal of the Yearafter his goal for the Under-17 national side against Montenegro in March 2017.
Football Insider verdict:
Middleton’s signing is a really exciting move by the Gers with the player highly rated by many. The Scottish youth international looks to have a bright future ahead of him and could prove to be a star for the Gers in the future. Middleton will be very familiar to Murty after the pair worked together at Norwich and Murty’s influence in bringing the player to Ibrox could be a sign he could find his way into the first-team before the season ends. Another impressive signing for the Ibrox giants this month as Murty and director of football Mark Allen – and likely in this case Academy head Craig Mulholland – have made impressive strides in strengthening their squad.
In other Rangers news, Oli McBurnie raved about this Light Blues player after the win against Ross County on Sunday.
We’ve launched a << BREAKING NEWS FEED>> exclusively for your club. ‘Like Us’ on Facebook by clicking here if you want 24/7 updates on all Rangers breaking news.