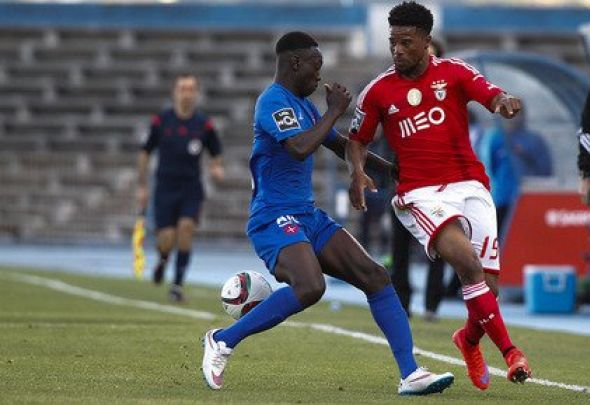 Rangers confirmed on Tuesday that they have signed Benfica attacker Dalcio on a season-long loan deal.

A statement on the Light Blues’ official website says that he has completed a medical at the club training ground and “will immediately join up with his new teammates”.

Dalcio has never made a first-team appearance for Benfica and has been playing in their B team since he joined from Beleneses in 2015, but nonetheless he is still looking forward to working alongside Caixinha.

“What attracted me was the history of the club, the size of the club, and mainly, the supporters – the amazing fans the club has,” the former Portugal Under-20 international said to Rangers TV, as quoted on the club’s official website.

“The gaffer was a real influence on me too. I know he is really competitive and ambitious, and that was the reasons I wanted to join him.

Dalcio usually plays as a right winger but can also be deployed in an attacking midfield position.

He spent the most of the recently-ended season on the flank and made 33 appearances in the Portuguese second tier with Benfica B, scoring once and supplying three assists.

The new Gers’ man earned six caps with the Portugal Under-20 side and scored one goal, which came on his debut at that level when he scored against a promising Netherlands side.

Rangers fans should be worried about this signing because Dalcio has demonstrated a serious lack of attacking ability in his time with Benfica’s reserve team. His stats are less than impressive, with just two goals in his entire 50 appearances in Ledman Liga Pro. Scottish football gets his fair share of stick but the Premiership is definitely at a higher standard than Portugal’s second tier. If he can’t provide there, then who is to say he can provide with the Light Blues? Caxinha has made two good signings so far with Alves and Jack, but this one is definitely a ‘wait and see’.

In other Rangers news, Alex Rae has revealed how Caixinha has used his advice at Ibrox.