Michael Brown claims that the speculation surrounding the future of Alfredo Morelos will have zero effect on Steven Gerrard at Rangers.

The former Premier League midfielder, speaking exclusively to Football Insider assistant editor Russell Edge, insists that it is normal for standout performers like the Colombian to be linked with moves elsewhere.

Gerrard admitted to BT Sport last week that the 24-year-old’s head had been turned by all the talk of a potential transfer and went on to tell the media it was “only normal” when a big-money switch is being touted.

🔵 “He’s a #RangersFC player. He’s a big player for us and very important.”

🙏 “It’s normal players heads are turned when they know big teams want them.”

Steven Gerrard admits Alfredo Morelos has had his head turned at Rangers. pic.twitter.com/v2aVNmqKPF

The striker scored his first two goals since February in Sunday’s 3-0 win over St Mirren, while he also chipped in with assists against both the Saints and Aberdeen.

Brown has agreed with Gerrard in that the situation with Morelos is normal and insists that the Gers boss will not be frustrated or concerned in any way.

Brown told Football Insider: “I think it’s normal, your big players at times, there are going to be questions asked whether they’ll be moving to a different club and it’s no different at Rangers.

“Steven Gerrard, it won’t be affecting him one bit.” 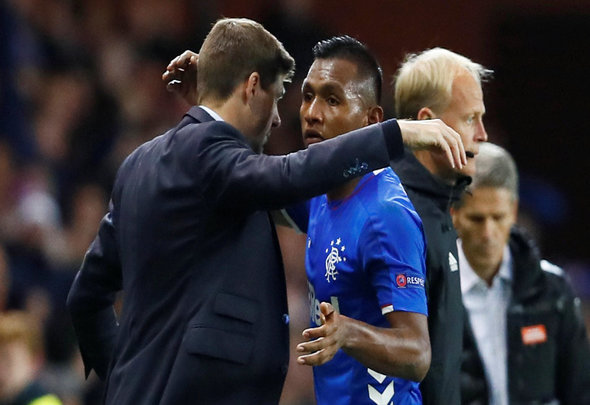 Morelos netted a total of 29 times for Rangers last season but only one of those goals came following the winter break in Scotland.

He has scored 79 goals in 140 appearances for the Glasgow giants and has picked up six caps for Colombia during his time at Ibrox.

In other Rangers news, Alan Hutton believes a player barely seen in 2020 is dazzling Gerrard in training.