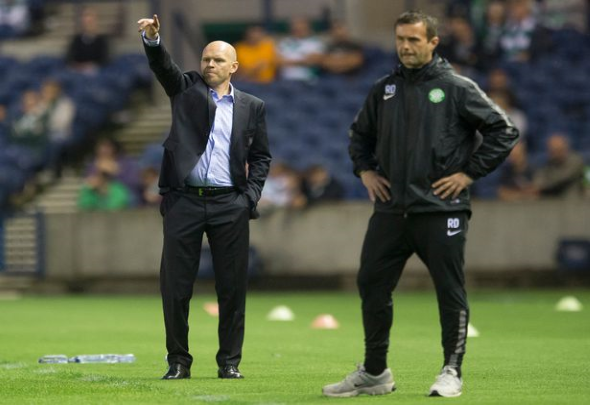 Former Rangers defender is interested in replacing Pedro Caixinha, according to a report, and Rangers fans aren’t happy about it in the slightest.

The Daily Record claim that the former Rangers and Man United defender has applied for the vacant post at Ibrox after leaving Hungarian side Videoton in the summer.

Berg doesn’t really fit the manager profile Rangers are thought to be looking for and the Norwegian doesn’t impress fans of the Ibrox giants.

Fans took to social media after news broke on Thursday that he had applied – with one saying he would be a “terrible” appointment.

Henning Berg 😂😂😂 no thanks

Glad to see waiting for applications has seen world class options like Berg, Sherwood and Poyet throw their names in.

I would say no to Gus Poyet, Tim Sherwood and Henning Berg. Derek McInnes would DEFINITELY be my top pick. He knows the league, knows the demands of @RangersFC and can recruit well with limited funds. Big name managers sometimes aren’t the answers #NextRangersManager

Wouldn't be a terrible appointment I don't think. Scottish football quite similar to Polish, knows the club. His track record would be an issue for some though.

Just doing that to get his name out there, no chance of getting the job.

Berg has managed Lyn, Lillestrom, Blackburn, Legia Warsaw and Videoton since hanging his boots up as a player.

The former defender spent a season at Ibrox and made 30 appearances for the Gers before retiring in 2004.

Berg won the Polish title as manager of Legia and famously was in charge of the Polsih giants when they humiliated Celtic 6-1 in the Champions League qualifiers only to be later thrown out of the competition for fielding an ineligible player.

The Norwegian left Videoton in May after losing the Hungarian title on the final day of the season.