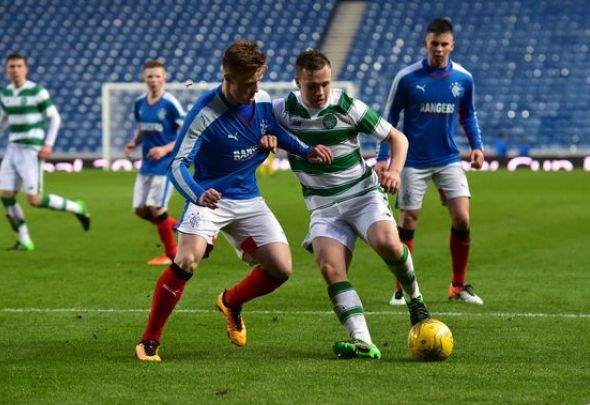 Rangers fans have wished the best of luck to youngster Aidan Wilson after he was named in Pedro Caixinha’s side to face Scottish Premiership rivals Aberdeen on Wednesday night.

Wilson, 18, is set to make his debut against Derek McInnes’ side, with veteran defender Clint Hill not in the matchday squad that play host to Aberdeen at Ibrox.

The Gers academy product comes in alongside fellow youngster David Bates at centre-back, while James Tavernier and Lee Hodson make up the four-man defence.

Rangers posted the team news on their official Twitter account, which also sees Joe Dodoo come in for midfielder Jason Holt in a formation reshuffle by Caixinha.

Wilson, who will wear the number 54 shirt at Ibrox on Wednesday night, has five Scotland Under-17 caps to his name and is known to be one of the most promising young players in the Gers’ academy.

Rangers fans have reacted on Twitter to the team news, wishing him all the best, while one fan compared the youngster to Italy legend Paolo Maldini.

Hoping Aiden Wilson will turn into prime Maldini for today

Best of luck to Aidan Wilson on his debut tonight.

Rangers will be hoping to earn their second win of the season against the Dons, with Aberdeen claiming victory in two of their three previous encounters this season.

In other Rangers news, McInnes has taken a huge swipe at the Dons ahead of Thursday night’s clash.