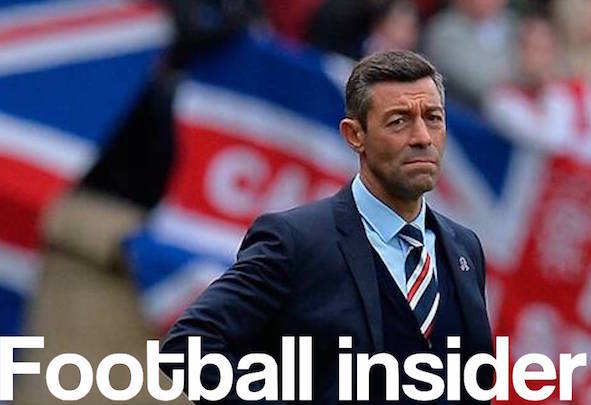 Rangers have confirmed the sacking of manager Pedro Caixinha – and fans on Twitter are glad to see the back of the 46-year-old.

The Ibrox club confirmed the news on their official Twitter account on Thursday after the board held a meeting with the Portuguese boss in the morning.

Caixinha was appointed as manager in March – replacing Mark Warburton in the hotseat – but never really got going as Rangers boss.

The Light Blues suffered a series of humiliating results under Caixinha, including a 5-1 Old Firm defeat and a Europa League knockout by Luxembourg’s Progres Niederkorn.

With the Gers sitting in fourth place in the Scottish Premiership fans are happy to see the club making a change before the whole season is a write-off.

Despite wanting a change, many Gers fans are disappointed to see Caixinha go and think questions should be asked of the board who appointed him.

Shame, but it’s the right decision in my opinion

Yip, and those who appointed him. The board arent blameless in this.

Was never the right person to appoint in the first place, cant fault his passion, but thats wasnt enough, results matter

Sad to see Pedro go but ultimately he was a gamble that hasn't paid off. Next appointment must be solid, safe and successful. No buts.

Under-20 coach Graeme Murty will take caretaker charge of the first-team for the second time in 2017 after stepping up following Warburton’s resignation in February.

Rangers’ next game is on Saturday when they travel to Edinburgh to face Craig Levein’s Hearts at Murrayfield.

Murty, Alex McLeish, Derek McInnes and Kenny Miller are among the favourites to replace Caixinha as Rangers boss, according to SkyBet.

In other Rangers news, Ally McCoist has slammed Caixinha after his contradictory remarks from the Motherwell loss.