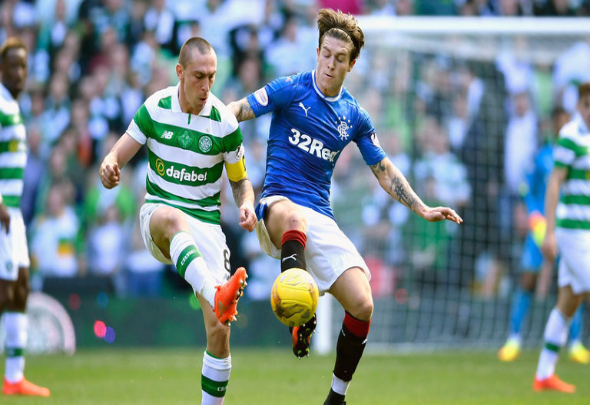 Rangers fans have destroyed Josh Windass for his display in Friday night’s 2-2 draw with Partick at Firhill.

Windass, 23, appeared to have turned a new leaf in his Ibrox career in the early matches of this season with a series of good performances on the left wing.

However the forward was soon downgraded from hero to zero thanks to his display against Partick when most fans turned on him for being a major part as to why they failed to get all three points at Firhill.

The Gers could have gone top of the Premiership table with a big enough win over the stubborn Jags but Pedro Caixinha’s men didn’t have enough about them to see off Thistle even though they were reduced to 10 men in the second half.

Windass played all 90 minutes of the clash in the left wing position, but did little to impact proceedings according to the Rangers supporters, who absolutely savaged the “dreadful” ex-Accrington star on Twitter.

I'm confused as to why people think Windass has a Rangers future? Dreadful, not bright enough to learn and offers little to nothing.

Windass has appeared to have made the wide-forward position his own this season, which is a surprise considering his poor form last term under the charges of both Mark Warburton and Caixinha.

He has made seven appearances across all competitions this campaign, scoring one goal and supplying one assist in the process.

Windass is one of many players facing criticism at Ibrox at the moment, especially his fellow attack-minded team-mate Kenny Miller.

In other Rangers news, Fabio Cardoso has posted a hilarious tweet comparing one of his Ibrox team-mates to Cristiano Ronaldo.