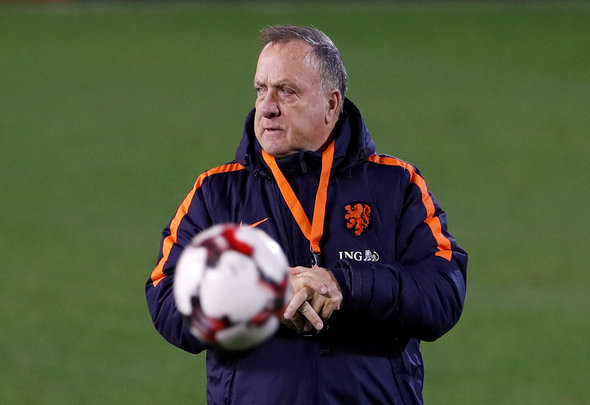 Rangers icon Arthur Numan has shared a funny story from his time at the Gers, when Dick Advocaat successfully pranked him.

In an interview with the Scottish Sun, the 47-year-old spoke fondly of the Dutch manager, bar the fact he revealed that his former boss tricked him into losing £200.

The retired defender explained Advocaat’s hatred of mobile phones and how he had banned them from the dressing room.

Numan explained: “One time after training I was the first to return to the dressing-room, and my phone rang. I hesitated a bit, but then answered it.

It was Advocaat that signed Numan from PSV for Rangers, with the left-back going on to establish himself as a favourite at the club.

Advocaat had a successful spell at the Gers, with the standout being winning the treble in 1999 with them, and Numan had good words to say about his former boss.

“Dick changed a lot during his time with Rangers,” Numan said. “He saw to it that the club became more mature and successful in European competitions.”

The manager left Rangers in 2002 to take over Holland, and then went on to manage a list of impressive clubs such as Zenit Saint Petersburg, Belgium and PSV.

The now 70-year-old manager is still in management, having taken over Holland for the third time his career in May 2017.

However, the manager is due to step down from Holland after their match against Romania on Tuesday night.