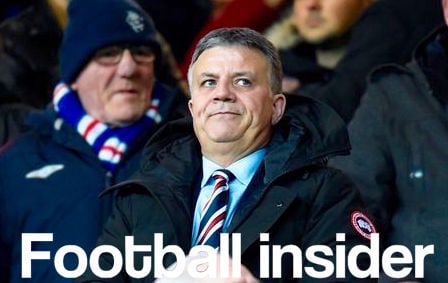 Rangers are closing to sealing two new signings by the end of the week in a stunning transfer blitz, according to reports.

The Scottish Sun claim that the Glasgow giants are in advanced talks to sign goalkeeper Allan McGregor as he closes in on a sensational return to Ibrox.

It is said that the Hull City shot-stopper, 36, is out of contract in the summer and is on the verge of signing a two-year deal that could be finalised by Sunday.

This comes after the Est Consultancy Twitter account, which is a very reliable source of news about the Light Blues, reported on Tuesday night that Scott Arfield, 29, put pen to paper on an agreement with Rangers earlier in the day.

Est Consultancy explained that Arfield signed a three-year contract with the option for a fourth year in what it claimed was a “major coup” for the club.

More of these type of players are a necessity.

Now, to clear out those who don’t want to be here.

The potential double deal even before the summer window has opened would be regarded as a major statement by Rangers.

The highly-experienced stopper then left the club as a free agent when they went into administration in 2012, having made 250 appearances for the club.

Landing one new player before the end of April would be pretty nifty work by recruitment chief Mark Allen, but securing two would be a serious statement of intent. Not enough to have Celtic running for cover, certainly, but McGregor and Arfield are both proven performers who have delivered in the Premier League and also know the Scottish game inside out. This appears to be key criteria for Allen ahead of the window as he rights the wrongs of years of wretched recruitment spearheaded by Mark Warburton, Frank McPartland and Pedro Caixinha.