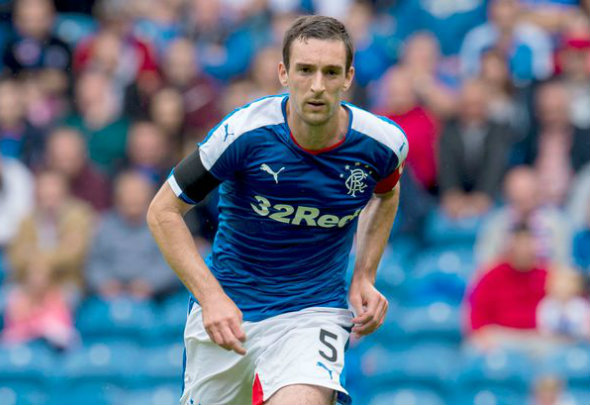 Rangers have opened talks with skipper Lee Wallace over a new contract, according to a report.

The Scottish Sun claim negotiations have begun to secure the Ibrox captain to an extended contract that runs until the summer of 2019.

Wallace has 12 months to run on his current deal and will be free to talk to other clubs in January if he doesn’t agree terms with Rangers.

It is said that Ibrox manager Mark Warburton has made it clear to club chiefs that he regards tying Wallace down to a new agreement as a priority following his fine season leading the club back to the Scottish top flight.

Talks are still ongoing and no agreement is in place but it is reported that the 28-year-old wants to remain at the club where he has spent the last five years.

Wallace has become a key player for the Light Blues and a huge fans’ favourite since joining from Hearts in 2011.

He made 50 appearances in the recently completed domestic season and was a key attacking player from his ostensibly defensive position, scoring an impressive nine goals and supplying 13 assists from left-back.