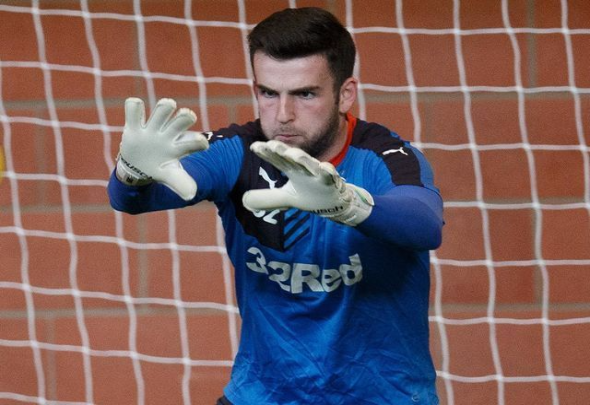 Rangers goalkeeper Liam Kelly is set to leave Ibrox for a move to Scottish Premiership new boys Livingston on a two-year deal, according to a report.

The Scottish Sun claims the 22-year-old will sign for the Championship play-off winners and bring to an end 12 years at Ibrox after falling to fourth choice behind Allan McGregor, Wes Foderingham and Jak Alnwick.

Kelly had a season on loan with the Lions in 2016/17 and helped them lift the League One title before returning to Ibrox last summer and signing a new two-year contract.

Kelly is a fantastic young keeper and it is a shame to see him leave the Gers but it is the best move for his career and he will no doubt do well at the Tony Macaroni Arena. With the quality ahead of him at Ibrox it was going to take something major to happen for him to get regular games for the Gers. Former Gers keeper Neil Alexander is the number one at Livi and Kelly will be competing with a familiar face for the gloves as he looks to establish himself. It wouldn’t be a surprise if the Gers have let Kelly move for free but with a sizeable percentage of any future sale heading to Ibrox. At 22, Kelly should go on to have a fine career and hopefully, he can replicate his form from his loan spell in West Lothian and make a name for himself.