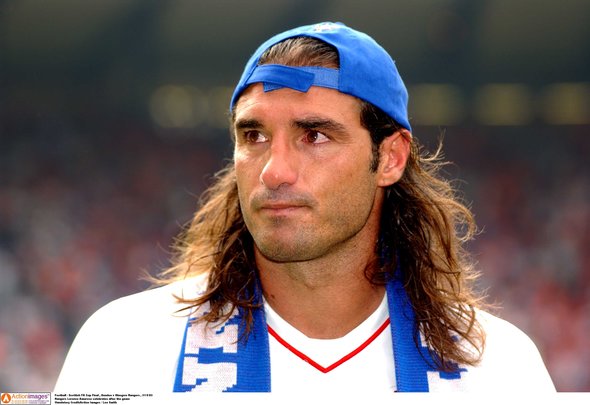 Lorenzo Amoruso has insisted that Rangers must show the same kind of spirit they did last month when the sides met if they are to beat Celtic this weekend.

Pedro Caixinha’s side take on the Hoops for the fifth time this season on Sunday, as the sides meet at Hampden for a huge Scottish Cup semi-final.

Rangers are yet to beat Celtic this term, but they will be hoping for a repeat of last season’s result when the Gers came out on top as the sides met at the same stage.

They beat the Hoops on penalties after a 2-2 draw to secure passage into the final, where they lost to Hibernian.

Rangers lost the first three Old Firm derbies this season, but last time the sides’ met in March, they earned a massive point after holding the Hoops to a 1-1 draw at Celtic Park.

Speaking to the Daily Record, Ibrox legend Lorenzo Amoruso hopes his former side can channel the same spirit from that game into the upcoming semi-final clash.

He said: “Rangers have shown this season they can cause Celtic problems and they have the quality to put them under pressure.

“The last game proved that and I hope the team go to Hampden with the same kind of spirit. They have the belief they can do it and this semi-final is a chance to prove it.”

Amoruso made his Rangers debut in an Old Firm derby, which his side won 2-1, and he went on to make 32 appearances for the club.

If the Gers can get past Celtic and reach the final they will have the chance to claim their 34th Scottish Cup – they last won the trophy in the 2008/09 season.

In other Rangers news, this 18-year-old Rangers starlet has made an honest admission ahead of the crucial Old Firm clash.