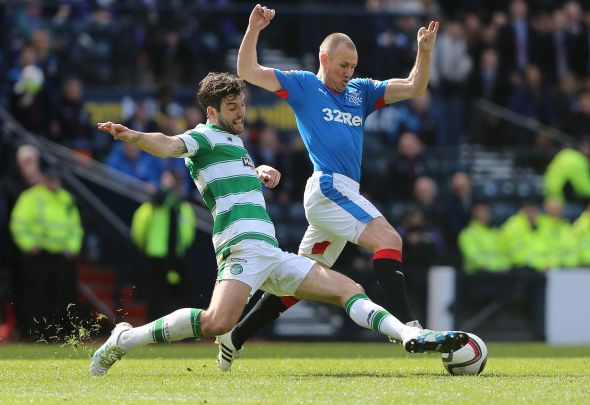 Derek Parlane has hailed Kenny Miller’s ability to play at the top level for club and country despite his age and described the striker as “remarkable.”

The club’s former title-winner discussed Miller’s ability to maintain high levels of fitness and work-rate and he believes the 36 year-old can continue to lead the line for Rangers this season.

“At 36, I was winding down. Maybe I went too quick, I don’t know. But for Kenny to be doing what he is at 36 and show the work rate that he is showing is remarkable,” said Parlane, as reported by the Evening Times.

“He obviously keeps himself fit and he is a credit to himself. It was not something that was common in my day. He will want to play as long as he can.”

Miller has already made 18 appearances for Rangers this season and has been one of Mark Warburton’s most consistent performers during a shaky start to the season.

The Gers trail league leaders Celtic by 11 points in the Scottish Premiership but Miller has been in reasonably bright form, scoring three goals in his last 11 games.

He scored his 100th strike against Inverness last month and was included in Gordon Strachan latest international squad as Scotland took on England at Wembley.

In other Rangers news, David Weir has urged his players to live up to the high expectations at Ibrox.