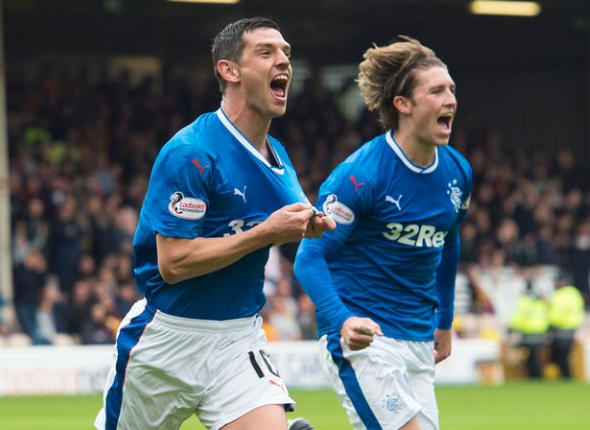 Rangers midfielder Graham Dorrans will be fit for pre-season training and the Europa League qualifiers – should the club make it – after limping out of Tuesday night’s Scottish Premiership clash with Aberdeen, according to a report.

The Evening Times claims that Dorrans should be to take part when the Gers return for pre-season training under new manager Steven Gerrard next month.

Dorrans was forced off just after the half-hour mark in the 1-1 draw with the Dons and left Pittodrie on crutches amid fears he faced another lengthy spell on the sidelines after only just returning from six months out with an ankle injury.

Should Rangers qualify for the Europa League they will kick their campaign off either July 12th or July 26th, although they won’t find out for certain until after the Scottish Cup final on May 19th.

There were fears Dorrans could be set for another long spell out and at 31, it could have a really detrimental effect on his long-term career. If the midfielder is only facing a few weeks on the sideline then it is definitely good news and will mean not needing to dive into the transfer market to find a replacement for Dorrans – not immediately at least – and gives the Gers one more quality, experienced player available as they look to finally end Celtic’s dominance of Scottish football and have a decent run in Europe after this season’s shambolic exit to Progres of Luxembourg. Potentially missing out when Steven Gerrard took the reins could also have left Dorrans a little behind the rest of his team-mates when it comes  to building a working relationship with the new management team so having Dorrans be available from the start will be a boost as Gerrard gets settled into his new club.