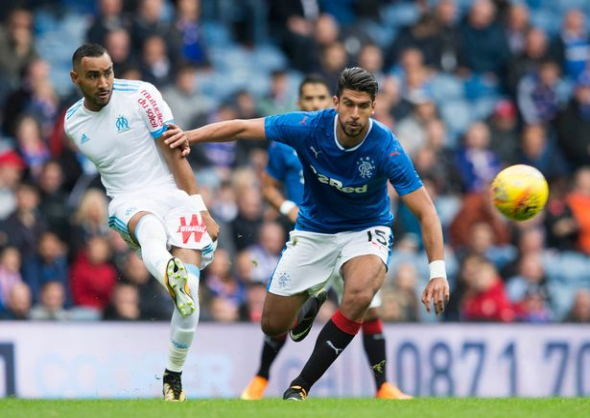 Rangers striker Eduardo Herrera could be set for a return to Mexico with Chivas Guadalajara, according to a report, and the Ibrox giants should cut their losses on the 29-year-old.

According to the Daily Record, Chivas approached with an enquiry for the former UNAM Pumas striker after falling further down the pecking order at Ibrox following the arrival of Jason Cummings.

Herrera has only managed two league goals for the Gers since signing in the summer and – even allowing for the possibility of Alfredo Morelos being sold and Kenny Miller retiring – looks as though he’s never going to force his way into the side.

Despite failing to make an impact on the starting XI, it is hard to criticise Herrera after coming to Scotland and working hard to adapt to an environment as far removed from Mexico as he could get without going to Siberia or Scandinavia.

The former Mexican international will almost certainly be on a healthy wage at Ibrox and getting that off the wage bill – and maybe even bringing in a transfer fee – will give the Gers a little bit more room to manoeuvre in the transfer market in the summer.

The Gers will likely be in the market for a new striker in the summer anyway with Miller likely to hang his boots up and Morelos possibly being sold so it would only further force Herrera down the pecking order so a move would suit everyone.