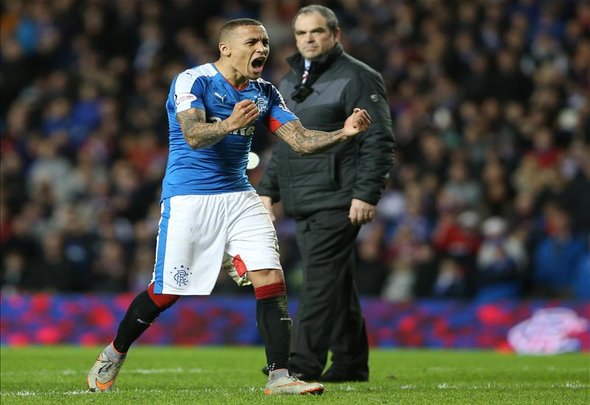 The Ibrox defender, who played for Boro’s North East rivals Newcastle before joining Wigan and then Rangers, was delighted that Marcus had signed a new deal with Aitor Karanka’s side.

Tavernier, 24, posted on his personal Twitter account that he was “really proud” of his younger brother, who plays in midfield.

Really proud of you bro 👋🏽👊🏽 https://t.co/LALnhxcUan

Marcus, who is just 17 years of age, is a regular in Boro’s under-18 side and even featured in the 2-1 loss to Scunthorpe this season for the Premier League new boys’ under-23 side in the Football League trophy.

James has become a regular in the 54-time Scottish Champions side after moving permanently to Glasgow in 2015. The marauding right-back has even developed a reputation of scoring goals for the Gers, with 17 strikes coming in 61 league and cup encounters.

Marcus’ older brother began his career at Newcastle, making his debut in the League Cup against Peterborough aged just 17. But he failed to make a breakthrough into the Magpies first-team, and moved out on loan six separate times.

Moves included the likes of Gateshead, Sheffield Wednesday and MK Dons before the defender impressed at Rotherham. His form at the Yorkshire outfit earned him a move to Wigan, and he has since settled at Ibrox.

The Gers face Partick on Saturday, and a win for Tavernier’s side could see them close the gap on Old Firm rivals Celtic to just four points.

In other Rangers news, this is the expected starting 11 to face Partick.