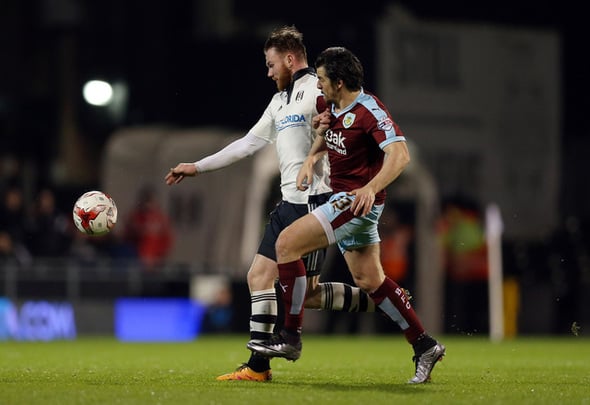 Rangers are in talks with midfielder Ryan Tunnicliffe over bringing him to Ibrox on a free transfer, according to a report.

The Daily Mail claim that the 24-year-old has also had discussions with Championship sides Preston North End and Barnsley as he looks to secure a new club following the expiration of his contract at Fulham.

The central midfielder, who is a product of the Manchester United academy, made just seven league appearances for the Cottagers last season, spending the second half of the campaign out on loan at Wigan, where he made turned out another nine times in the Championship, scoring once.

If he were to join Rangers, he would be the signing to take their new arrival number to double digits, with nine players having already made their way through the doors at Ibrox.

Tunnicliffe’s arrival at Rangers would seven central midfielders, so it is not going to happen unless Pedro Caixinha envisages yet more outgoings from the current first team. He has both Premier League and Championship experience, and could well be well suited for Scottish football. However, is he better than what they already have at Ibrox? The fact that Fulham have let him go, and that mid-table Championship sides are interested in his signing, may suggest he is not up to the level that Rangers need if they want to be competing at the top of the Premiership again. As such, they should pass up on the midfielder, despite appearing to be a bargain.

In other Rangers news, an English side have shown interest in swooping for this attacker.