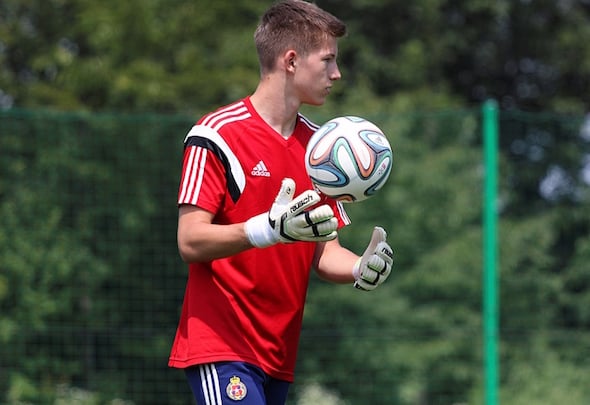 Rangers have been beaten to the signing of Polish wonderkid goalkeeper Kacper Chorazka, according to his father.

The 17-year-old Wisla Krakow stopper went to Glasgow for trials earlier this season and impressed the Scottish Championship winners.

But they look set to miss out to the Old Trafford giants, who have invited him over later this month.

“Kacper went to Rangers on trial and I know their goalkeeping coach Jim Stewart liked him,” the young keeper’s father Artur Chorazka said, as quoted by the Manchester Evening News. “Spurs, Liverpool and clubs in Italy and Germany were interested too.

“But when you get an offer from a club like Manchester United, you cannot say no.

“If the clubs reach an agreement then great, but the priority is to develop him as a keeper.”

Rangers’ failure to land Chorazka comes just 24 hours after the club announced that eight of their Academy players have been released this summer, including four long-serving youngsters.

Dykes, Ramsay, Brandon and Mills have all been at the club for many years but have been told the will not be handed new contracts.

They are also expected to tie up deals for FC Zurich striker Nishan Burkart and Feyenoord’s Tahith Chong after Academy director Nicky Butt said the club would make a number of young signings.