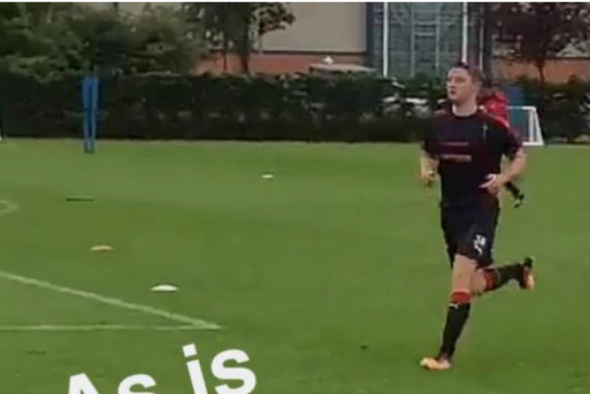 Jordan Rossiter is closing in on a Rangers return as he bids to end his injury hell.

Rossiter has suffered recurring back, hamstring and caf problems that have restricted him to just 10 appearances for the Glasgow giants.

Much had been expected of the central midfielder when Rangers took advantage of cross-border compensation fees after his contract had expired at Liverpool.

The Daily Mail report that Rossiter was handed a £10,000-a-week contract that runs until 2020 when he joined.

Manager Pedro Caixinha confirmed that the former England Under-19 international is set to return from injury next week.

With the Light Blues’ squad getting close to full strength, Caixinha will be hoping his side’s form improves with a League Cup semi-final against Motherwell just around the corner.

Rangers travel to Perth on Friday to face St Johnstone in a crucial Scottish Premiership match with both sides level on points.

Leaders Aberdeen and Celtic have a six-point cushion ahead of their fixtures on Saturday and a win on Friday night for the Gers could put pressure on them.