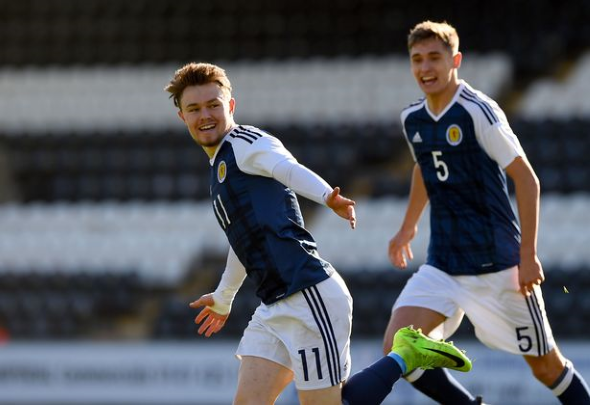 Rangers winger Glenn Middleton was “buzzing” after the Gers’ Under-20’s side beat Dutch side FC Utrecht 3-2 at the Light Blues’ Auchenhowie training base – and admitted he was “ready” for Sunday’s Old Firm clash at Ibrox in the Scottish Premiership.

Middleton started the game on the bench but came on in the second-half to secure yet another win for the Light Blues as part of the club’s Games Programme.

The Scotland youth international joined the Gers from Norwich City on transfer deadline day and is highly-rated by both club and country.

The Gers have picked up wins against the likes of Villarreal, Valencia, Huddersfield, AEK Athens recently as they take a year out from competing in the SPFL Development League to play the elite of Europe’s youth sides.

Middleton is one of the most exciting youngsters in Scottish football and looks to have hit the ground running at Ibrox so far. The boyhood Gers fan will be desperate to force his way into Graeme Murty’s first-team. The club’s Games Programme has been a resounding success, in the short-term at least, and it will be interesting to find out how it meets the club’s long-term goals for it. With the likes of Middleton arriving at Ibrox, the Academy is likely to provide a big part of the first-team squad in coming seasons.