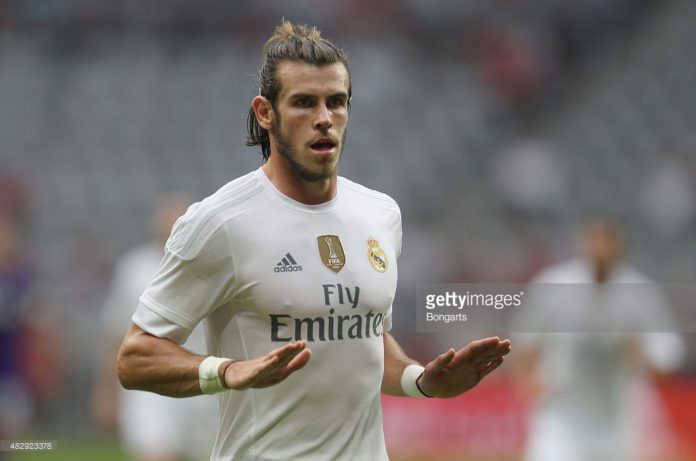 The Spanish giants have informed United that they have no intention of cashing in on their record signing this summer.
Football Insider has learned that United made the astonishing £120million bid earlier in the transfer window after Louis van Gaal identified Bale as a player who could electrify Old Trafford.
But Real do not want to sell the Wales international even though the offer is £34million more than when they smashed the world transfer record to sign Bale from Tottenham two years ago.
Furthermore, Bale does not intend to push for a transfer as he looks ahead to his third season at the Bernabeu.
It is a blow to Van Gaal as he tries to strengthen the United squad after sanctioning the sale of Angel Di Maria to Paris Saint-Germain for an initial £45million.
The Dutchman wants an elite forward to work in tandem with the likes of Wayne Rooney, Memphis Depay and Pedro, who is on the verge of joining from Barcelona.
Real signed Bale for £86million in the summer of 2013 and he responded with an outstanding debut season in the capital, culminating in him scoring in the Champions League final.