Darren Bent says that Everton appointing Carlo Ancelotti is a “slap in the face” for Arsenal after the Gunners’ own managerial hunt.

Speaking exclusively to Football Insider assistant editor Russell Edge, the former Spurs and England striker, who is a boyhood Arsenal fan, insists the Italian boss is someone the north London giants should have moved for.

While the Toffees appointed a tried and tested manager in Ancelotti, the Gunners replaced former head coach Unai Emery with ex-player Mikel Arteta, the Spaniard taking on his first manager’s job. 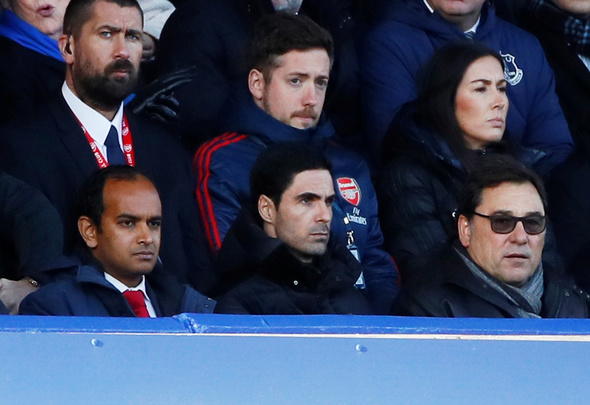 Having seen the Toffees announce Ancelotti before the 0-0 draw against Arsenal on Saturday, Bent says it is a little embarrassing for a team of the Gunners’ calibre.

“I think it’s a real slap in the face for Arsenal, a club like Arsenal, to let Everton come in and get a manager like that,” Bent told Football Insider.

“I’m a little bit worried about it but at the end of the day, people have got to start somewhere. I would have preferred it to be an Ancelotti or an Allegri, someone who’s done it before walking through the door.

“It’s one of those things, as an Arsenal fan, you have to just grin and bear it.”

After hanging up his boots as a player, Arteta joined the coaching staff at Manchester City, becoming a vital member of Pep Guardiola’s backroom team at the Etihad Stadium.

While the Spaniard is embarking on his first managerial job, Everton are Ancelotti’s 10th club, the 60-year-old with over 1,100 games under his belt.

In other Arsenal news, Paul Robinson says an “outstanding” youngster will flourish under Arteta.