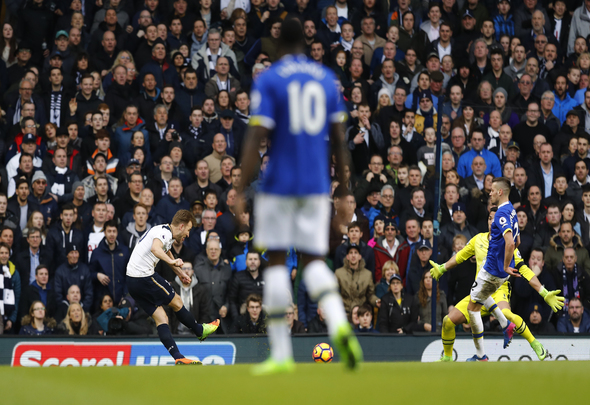 Jamie Redknapp has claimed in the Mail that Romelu Lukaku would be the “perfect” replacement for Diego Costa at Chelsea but is still too much of a flat-track bully.

The Everton striker took his Premier League tally for the season to 21 with his late double in their 4-0 demolition of Hull on Saturday.

Lukaku is two goals clear at the top of the league scoring charts, including four ahead of Chelsea spearhead and player of the season contender Costa.

The Everton man delivered the goods against Hull after telling club chiefs last Tuesday that he would not be extending his current contract, which is due to expire in the summer of 2019.

High profile pundit and ex-England international Redknapp is a fan of Lukaku but is convinced he must be more effective in big games to be in the same class as Costa, the man he could replace at Chelsea in the summer.

“After declaring he did not want to sign a new contract at Everton it was so important that Romelu Lukaku scored this weekend — even though he left it very late,” wrote Redknapp in his weekly Mail column.

“I do feel Lukaku is ready to move on and test himself at a bigger club. While I am not sure where he would go, Lukaku could be the perfect player to replace Diego Costa should he leave Chelsea in the summer.

“But it is one thing to score two goals at the end of a game against 10-man, relegation-threatened Hull and another to do it against the top teams.

“That is the key difference between Costa and Lukaku — Costa affects the big matches. Should Lukaku return to Chelsea, that is what he would need to bring to his game.”

Everton climbed to sixth in the Premier League with a 4-0 win over Hull on Saturday to keep alive their hopes of a Champions League finish, even though they are six points adrift of fourth-placed Liverpool, who drew 1-1 in an absorbing clash against Manchester City on Sunday.

Lukaku has been in prolific form for Everton this season, scoring 22 goals from 30 matches in all competitions, 21 of which have come in the Premier League.