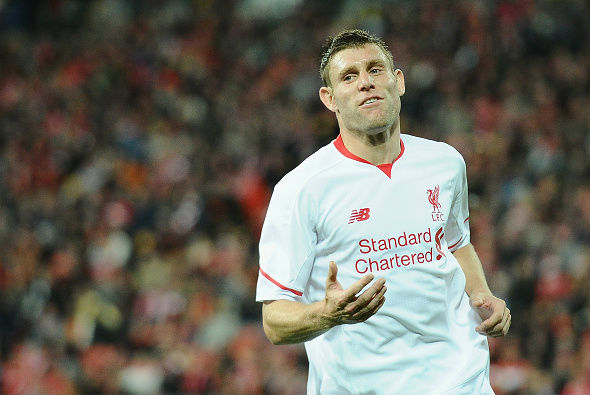 Jamie Redknapp believes that Liverpool need to sign a centre-back and left-back in January in order to maintain their title challenge.

The Reds fell to a humiliating 4-3 defeat against Bournemouth on Sunday at the Vitality Stadium after taking a 3-1 lead in the second half.

Jurgen Klopp set his team out with usual midfielders James Milner and Lucas Leiva in the defence, and Redknapp has stated that he was not surprised to see them concede four goals.

“Liverpool are not going to win the title this season unless they sort out their defence,” wrote Redknapp in his column for the Daily Mail.

“They sorely missed the injured Joel Matip and with two midfielders — Lucas and James Milner — in their back four I was not surprised that they conceded four goals.

“I have never seen a team more in control as Liverpool were against Bournemouth on Sunday go on to lose. They should have had that game wrapped up and it is something Jurgen Klopp must address.

“Milner has done well this season but if Liverpool are to sustain a challenge, they need another left back and centre back in January.”

Klopp has looked to convert Milner into a left-back this season given the questionable defensive capabilities of Alberto Moreno.

The 30-year-old has started 13 matches in the left-back position and has provided five goals and two assists for his team.

Meanwhile, usual defensive midfielder Lucas was handed his fifth start at the back following an ankle injury to Joel Matip.

Despite the poor defence on Sunday, Liverpool have started the campaign in good form and are currently sat in third place, four points behind league leaders Chelsea.

The Reds will host West Ham at Anfield in the league next on Sunday and they will be keen to put the Bournemouth defeat behind them.

In other Liverpool news, the Reds are poised to trigger the £20million-plus release clause of this player.