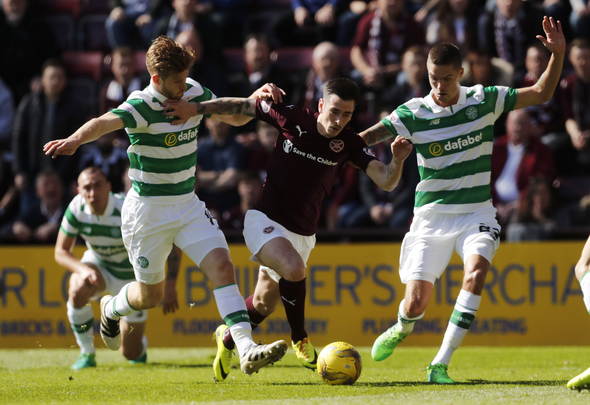 Hearts flyer Jamie Walker has admitted that he rejected a new contract at Tynecastle in the summer in the wake of interest from Rangers.

The Light Blues tabled multiple bids for Walker, 24, during the summer transfer window in what was a very drawn out saga for both clubs.

Walker has now revealed that he turned down a big-money deal from Hearts as he didn’t feel it was the right financial move for his family and not because he was trying to force through a move to Rangers like many of the fans may believe.

Craig Levein was Hearts director of football at the time and he made it clear that Walker was not looking to sign a new deal, with his current contract set to expire at the end of this season.

The former Scotland Under-21 international was axed from the first-team squad as the saga rumbled on, but now in an interview with Sunday Mail Sport, the Gers target has opened up about why he actually didn’t pen a new deal.

“I think Craig wanted people to know that I was available so they wouldn’t lose out on money, which is fair enough,” Walker said, as quoted on the Daily Record website.

“But I never said that I wanted to leave.

“I did reject a deal to become the highest earner at the club. But that was because I didn’t feel it was the right offer for myself and my family.

“It wasn’t about not wanting to play for Hearts.

“The suggestion was that I wanted to leave for free but that has never been the case.”

Rangers tabled multiple offers for Walker in the summer months but all of them were shy of their £1million valuation.

The Scottish winger was in top form last season at Tynecastle, scoring 15 goals and supplying seven assists in 43 appearances across all competitions.

This term hasn’t been quite as successful as he is yet to find the net in his first nine matches of the campaign.