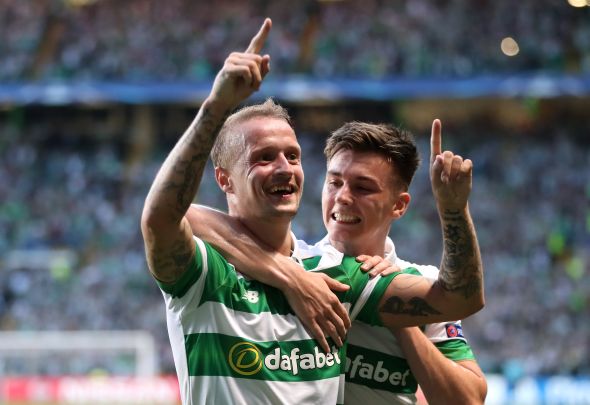 Gordon Strachan is set to use all six of his Celtic stars for Scotland in their 2018 World Cup qualifier against Slovenia on Sunday, according to a reliable journalist.

The former Southampton and Hoops boss used just Leigh Griffiths as a substitute during the disappointing 1-1 draw against Canada on Wednesday evening.

That meant Craig Gordon, Kieran Tierney, Scott Brown, Stuart Armstrong and James Forrest missed out as they watched the friendly from the stands, but all six could be given a starting berth in Group F of Europe’s qualifying group stage.

Sun reporter Alan Nixon revealed on his personal Twitter account that Scotland were set to rely on their Celtic stars “very heavily” in an attempt to save their World Cup dreams. Goalkeeper Gordon was omitted out on Wednesday, with Strachan opting to give Allan McGregor a chance between the sticks. Rangers captain Lee Wallace started over Tierney at left-back.

Fulham’s Tom Cairney, considered one of the hottest Championship properties about, was picked over Scott Brown, while Darren Fletcher, Chris Martin and Robert Snodgrass all played instead of Brown, Griffiths and Forrest.

However, after being rested, Strachan will be desperate to see his Hoops stars continue their club form on the Hampden Park soil against second placed Slovenia.

Pressure is beginning to mount on the 60-year-old manager, as Scotland sit in a lowly fifth in Group F with their chances of qualifying already beginning to fade.

However, three points for Strachan and Scotland could see them climb to third in Group F after five games, if Malta beat Slovakia and England secure victory at home to Lithuania.

In other Celtic news, Gordon is desperate to see these two in-form stars feature against Slovenia.