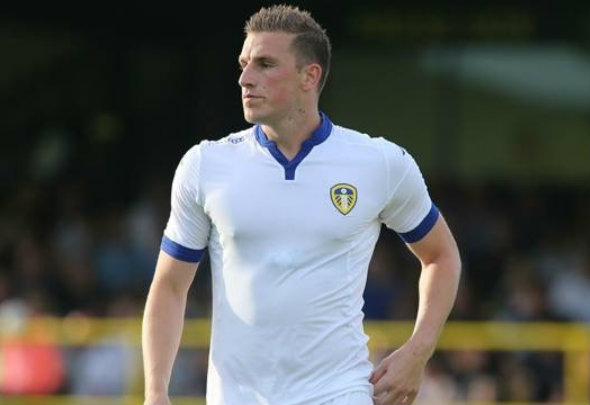 Chris Wood was due to undergo more scans on his hamstring injury ahead of Leeds’ Championship clash against Brentford on Saturday, according to a reliable journalist.

The club’s leading scorer failed in his bid to be fit for the weekend match after breaking down in the Yorkshire giants’ 2-0 league win against Reading on Tuesday night.

Replying to a question from a Leeds supporter on the social media site, Hay explained the striker was set to have “more scans ahead of this game” and he was hopefully of getting an update immediately afterwards.

@ollyt123 was due to have more scans ahead of this game. Hopefully find out after the game.

The loss of the 14-goal striker was a major blow to Leeds on Saturday against Brentford, given that no other player in the squad has scored more than three goals in all competitions this season.

Souleymane Doukara led the attack in place of Wood in a 4-2-3-1 formation, with Stuart Dallas, Kemar Roofe and Hadi Sacko in support.

The home side struggled to create chances in a turgid first half against the London visitors and the score was 0-0 at half-time.

However, there is a nine-day break between the hosting of the Bees and Leeds’ next fixture, a trip to Preston on Boxing Day.

New Zealand international Wood, who has scored 11 in the league and 3 in the EFL Cup, is 11 clear of his nearest challengers, fellow strikers Doukara and Marcus Antonsson.

Monk admitted on Tuesday night that he is “definitely” in the market to sign a new striker in the January transfer window.