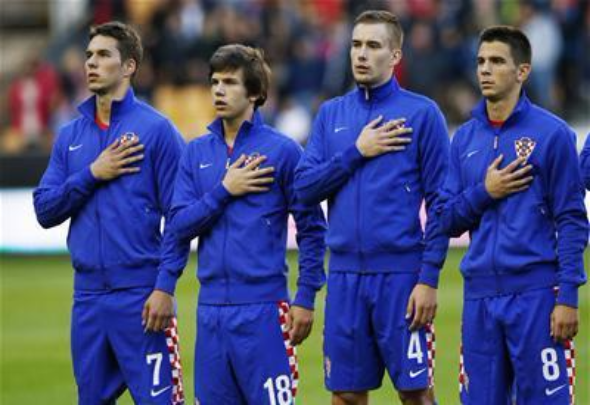 Ante Coric has dropped a major hint that he wants to join Liverpool by approving images relating to the club on his social media accounts.

The 19-year-old Dynamo Zagreb midfielder is one of the most sought-after young talents in Europe at the moment and there have been reports of a £15million move to Merseyside.

The Reds are likely to face competition from some major European heavyweights, but the young attacking midfielder sparked a frenzy on Tuesday evening by liking several posts on Instagram that suggested he might be heading to Anfield.

Ante Coric has liked pictures linking him with a move to Liverpool on Instagram. pic.twitter.com/53jeLlwKzV

The attacking midfielder is highly rated in Croatia and has been likened in his homeland to Manchester City’s David Silva.

It was also reported on Football Insider that Reds manager Jurgen Klopp had made personal contact with Coric in an attempt to persuade him to move to Anfield.

In other Liverpool news, Sadio Mane is the perfect fit for the Reds because he is already tailor made for Jurgen Klopp’s style of play.